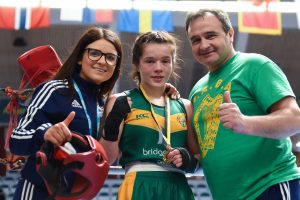 Ireland’s boxers impressed at the Golden Girl Box Cup in Boras, Sweden over the weekend.

The athletes, who were representing Leinster and their clubs, claimed 13 medals in total.