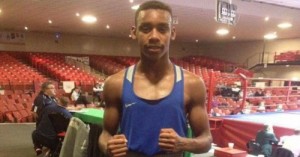 The Olympic BC welter has been named on a seven-strong Irish squad for the Memorial, known as the “Mini World Championships.”

Team Ireland will train and spar with the host country, Cuba, Kazakhstan, Ukraine, Scotland and a number of other nations at the Black Sea port before the opening bell for the prestigious competition on March 14th.

The Irish squad leave for Anapa on March 6th.

Dossen was edged out in the last-four of the World Youths in St Petersburg, Russia last November on a 3-2 split by Russia’s Sergey Margaryan who lost to Turkey’s Tugrulhan Erdemir in the 64kg final. Michael Nevin also won bronze in St Petersburg.

“I’m just going to go out there and perform my best and see what I can do, especially moving up a weight, bigger and stronger fellas,” said Dossen.

“My plans (for 2017) would be come back home again with medals, win the U/18s against and get to the Europeans. It’s a starting point for me, I’m building up toward the Europeans,” added the 17-year-old.

Olympic BC coach Michael Mongan, who works Dossen’s corner with his dad John, reckons that the two-time Irish champion will add an Elite belt to his collection on the road to Tokyo 2020.

“He’s progression has escalated at a phenomenal pace since winning the National’s and boxing for Ireland and winning bronze at the World Youths, he said.

“He’s always had the ability, he just needed the right environment and the chance to develop his ability. I believe he will be an Elite champion in the next couple of years in the lead up to Tokyo 2020.” 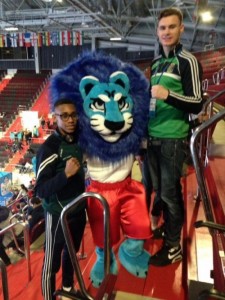 If Dossen does book a ticket for the 32nd Olympiad, he’ll join Francis Barrett – Ireland’s flag bearer at the 1996 Games in Atlanta –  as the second athlete from the Olympic BC in Galway to represent Ireland at the Olympics.

Barrett won an Elite title at 63.5kg in 1996. The latest Elite belt was secured by Patrick Mongan, a cousin of Michael Mongan, in the 60kg class last Friday. In between those wins, heavyweight Gary Sweeney and lightweight Debbie O’Reilly topped the podium at the flagship tournament of Irish boxing in 2014 and 2015.

Michael Mongan proudly points out that his club, since affiliating with the IABA in 1965, has won 88 Irish titles – 4 of which are Elite.