Thomas Carthy,left,has been walking ten feet tall since being confirmed as Irish captain for the European U/22 Championships in Brăila, Romania.

And he wants to repay the belief Irish head coach Zaur Antia and his Irish and club coach Jimmy Halpin have shown in him by finishing in a podium position at the 2nd edition of the tournament.

The Glasnevin BC prospect is part of a ten-strong Irish panel for the European U/22s which are returning after a five-year absence.

Last time out, in 2012, Jason Quigley and Hugh Myers won gold and silver, and Carthy believes Team Ireland can add to that haul in Romania.

“I am over the moon to be captain of the Irish team at the upcoming European U/22 championships. It was always my dream to represent my country when I first started off boxing, now, not only am I going to represent Ireland in a major competition but I have the honour of being team captain and it means a lot to me, said Carthy.

“These Championships will allow me to prove that I am the next great Irish heavyweight and redeem myself after a poor performance in the Senior finals. I feel as though my only downfall is that I lack self-belief sometimes and that I don’t fully understand how good I am.

“Everyone tells me that I have all the talent in the world, from my own club coach, Jimmy Halpin, to the Irish head coach Zaur Anita; they have great belief and ambitions for me. It’s time for me to repay their beliefs and become European champion. 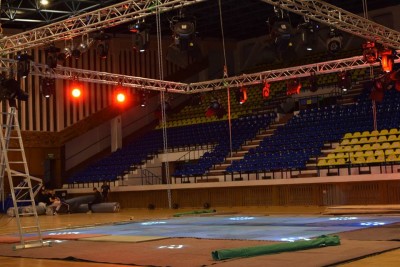 “I know myself I’m completely capable, my career is only starting off. I have a big future and I will be a household name when it comes to boxing. This will be a stepping stone for me on the road to the Tokyo Olympics.

“I am a new and improved Thomas Carty heading into these Europeans having spent the last few weeks training at the Institute of Sport in Abbottstown under the watchful eye of the High-Performance coaches and staff.

“We have a strong team going out to these Europeans, especially with the likes of my good friend and reigning Senior champion Kurt Walker. Glasnevin BC, my own club, have three on this team, Geoffrey Kavanagh, Jordan Moore, and myself.

“I believe it’s all down to the work of all our coaches and staff but in particular Jimmy Halpin. We owe an awful lot to that man and the dedication and belief he has in us.”