Image: 1939 European Championships at the National Stadium in Dublin.

The 6th edition of the Championships marked the official opening of the National Stadium, the first purpose-built boxing venue in the world, for international competition.

The tournament was the last European Championships before WW2.

Jimmy Ingle, then just 17, won flyweight gold for the hosts and Paddy Dowdall secured the featherweight title for the Boys in Green.

Scotland made its European debut in Dublin. Ireland has debuted at this level two years previously in Milan where Evenden, Ernie Smith,? Lydon, James Healy and, pictured below, Frank Kerr, father of ex Republic of Ireland boss Brian Kerr, lined out for Ireland. 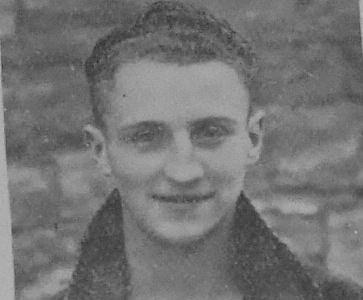 Ireland, Italy, Poland and Germany were neck-in-neck in the medals table race in Dublin, but the Italians edged pole position courtesy of two gold. silver and bronze.

The Stadium was opened on March 1, 1939, by the Minister for Defence, Frank Aiken.

The Minister congratulated those “from every part of Ireland whose generosity, brains, skill and hard work had contributed to the completion of the building”.

Four juvenile bouts “christened the ring” at the “windowless arena”.

The venue contained the most up-to-date showering and changing facilities, together with the novelty of running water at ringside, as well as an electric light board which displayed the round numbers as the fights progressed, according to an excerpt from ‘The Little Book of Irish Boxing’ by Belfast author Barry Flynn.

The Stadium also hosted the first European Championships after WW2 in 1947.