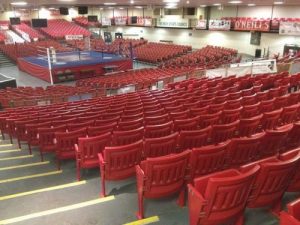 Some of Ireland’s top prospects began to emerge at the National Stadium almost 40 years ago.

Twelve Irish Junior champions were crowned at the home of Irish boxing in 1982.

All hands were raised in victory on points in a close night of boxing at the South Circular Road venue.

The finals were decided across twelve weight classes at IABA headquarters.