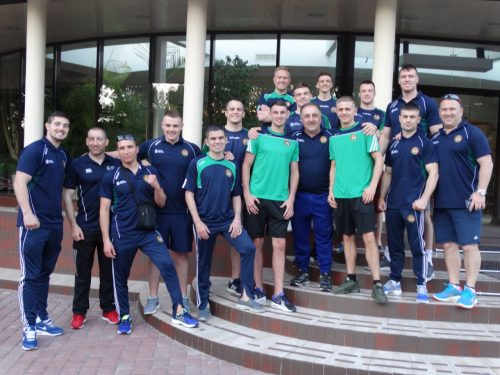 The draw for the 42nd European Men’s Championships in the Ukraine will be made at the Kharkiv Palace Hotel this Friday morning at 10am (Irish time), according to the organisers.

Boxing begins that afternoon/evening at the Lokomotyv Sports Palace.

Team Ireland’s nine-strong squad have been in final training camp in Kharkiv since June 5 ahead of the only qualifier for Europeans for the 19th World Elite Championships in Hamburg, Germany in August/September. 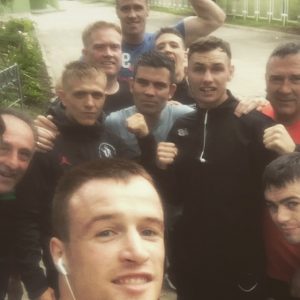 Members of Irish squad in Kharkiv this week

Irish head coach Zaur Antia said that Team Ireland are in excellent spirits and very focused on the task at hand. Ireland finished up their final sparring sessions last weekend.

It’s anticipated that up to 40 nations will compete in the Ukraine.

The top eight boxers in each weight qualify for Hamburg, although it has yet to be clarified what the qualification criterion will be in the event of a German boxer making the top eight.

Germany, with ex-Irish coach Eddie Bolger at the helm, has ten automatic places as the host nation for the World Championships.

Europe has the highest qualification quota of all the Continents with 80 berths up for grabs.

Ten places go the Germany as the hosts and there are 10 wild cards.