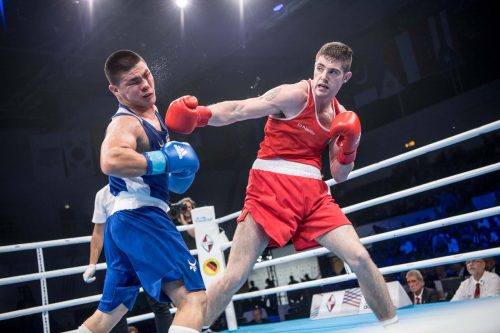 The Moate BC southpaw, the current European Elite champion and World Elite finalist,is ranked No. 4 in the light-heavy class.

Walker, almost ironically, should be ranked No.23, as his former Irish team-mate, Michael Conlan, is still included in the rankings despite having switched codes and won four fights in the paid ranks.

Conlan and boxers who have turned pro, including Katie Taylor who is still ranked by AIBA, should be removed from the rankings

Meantime, Steven Donnelly is at 14 at welter and Sean McComb occupies 27th place at light-welter.

Dean Gardiner is ranked No. 47 at super-heavy.