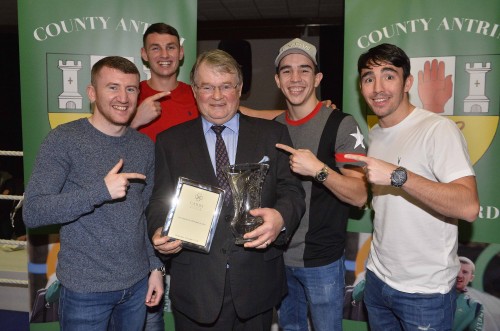 Antrim met the Riverstown BC of Cork in Belfast last weekend.

Above picture – Dr Sean Sean Donnelly has recently retired from Amateur Boxing after a lifetime of service but was a guest of County Antrim at the Cork showdown on Saturday night in the Devenish Complex. Dr Sean was presented with gifts courtesy of the Antrim Board by Michael Conlan, Paddy Barnes, Sean McComb and Jamie Conlan.

A marathon session of 19 bouts saw Antrim emerge victorious 9-8 with two exhibitions. Scores were at 8 each going into the last bout featuring a resurgent James McGivern St George’s/Antrim against a late replacement in Jack Kelly of Cheery Orchard Dublin, after Eamer Coughlan Riverstown Cork pulled out at the last minute.

Coughlan had caused an upset by denying McGivern his place on the Irish Youth team for the World Championships last November. Although a brave decision by Kelly to step in at late notice, McGivern was a man on a mission forcing his opponent to retire after the second round. The St George’s standout was buzzing and will be looking to claim top spot at the National U22s which weighin next weekend. Another standout from Saturday’s action was Caoimhin Ferguson Gleann/Antrim at 64kg in against a strong and durable Jack Pelan but the Gleann man had the skills to out box his opponent. The other victories for Antrim came from Ben Ferran Clonard at 66kg, Jojo McArdle Ligoniel at 52kg, Gary Arthurs Gleann at 60kg, Sionnan McKenna Holy Family at 54kg, Morgan McNulty Rathfriland at 52kg, Kyle McGreevey Holy Trinity at 37kg, Nathan Harrigan Scorpion at 39kg. With Liam Ward Alll Saints, Sean Kearney Clonard, Georgins Lavery Rathfriland, Olivia Grant Carryduff, Mia Neill Canal, Lee McKee Star, Frank Duffin All Saints, Tiernan Duffy Clonard all losing out to split and unanimous decisions. James McAughey Ormeau Road and Dylan Jones North Down started the action with exhibition matches against the Kingdom county.

A busy time again for Antrim boxing with the first of the Novice Championships weighing in next Sun 15th Jan at Girdwood Hub 9-10am and boxing taking place Mon, Tue and Wed at the Hub to decide the Antrim3s…

First monthly meeting of the new year is this Tue 10th 8pm in the Dockers. 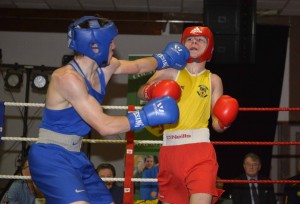 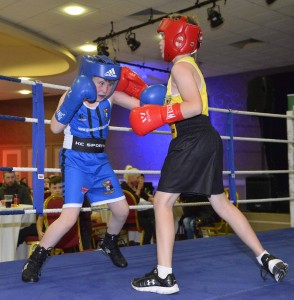 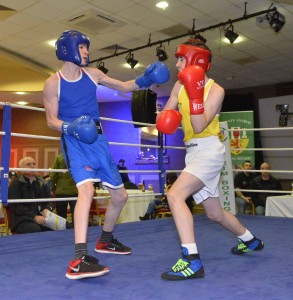 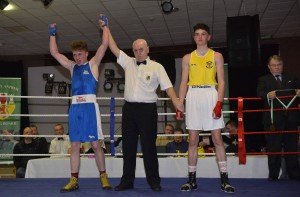 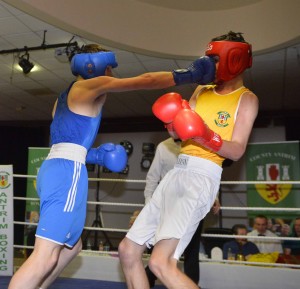 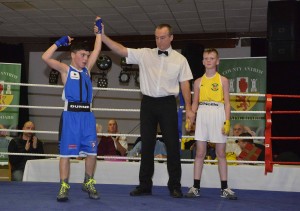 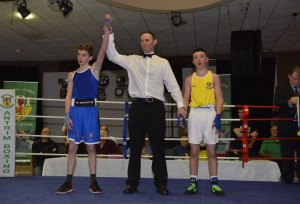