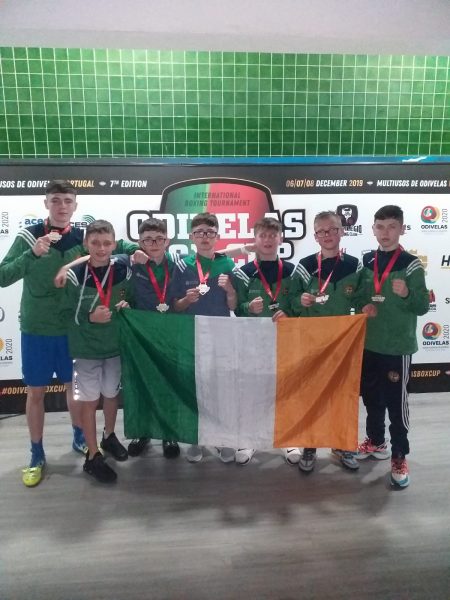 Ashton and Callum Ruth claimed double gold for the Avona BC at the 7th Odivelas Box-Cup in Portugal yesterday.

The quartet gave fine accounts of themselves – and Irish boxing – in Sunday’s All-Ireland finals.

Meanwhile, Bobbi Flood of the Cabra BC decisioned (5-0) Jimmy Beckert of Switzerland to take home the 59kg title.

Roy Colgan boxed superbly but was edged on a 3-2 split by England’s European champion Danaeo George.

Hundreds of athletes from throughout Europe took part in the three-day tournament which used 3 rings simultaneously.

Spanning two centuries and founded in 1920, Dublin’s Avona BC is one of the elder statesmen of Irish boxing. The unit celebrates its 100th birthday next year.