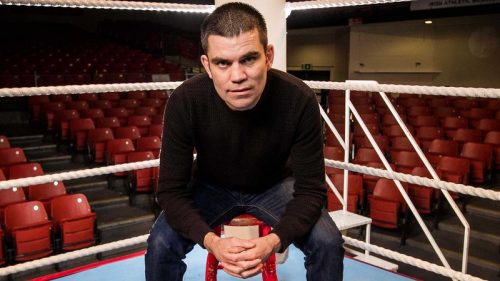 The Irish Athletic Boxing Association (IABA) are delighted to announce that Bernard Dunne has been appointed High-Performance Director with the IABA.

The former WBA World super-bantamweight and three-time Irish Elite champion will work with head coach Zaur Antia and the Irish coaching staff at the National Sports Campus in Abbotstown, Dublin.

“My vision is to take the very best in the current system and match it with the very latest in high-performance training so that our men and women can perform and win at European, World and Olympic level, said Dublin-born Dunne after today’s appointment was confirmed in Abbotstown.

“Their attitude, commitment and work ethics are equally as important as their talents. So, I will be working with the boxers and the coaches to get the very best from their training regimes, diets, as well as their physical, mental and all round development,” he added. 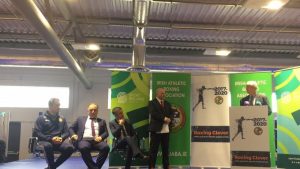 Fergal Carruth, IABA chief executive, said: We are confident that Bernard and the rest of the High-Performance Team are now well placed to maximise the conveyor belt of talent that exists in Irish boxing evidenced by the continued success of our youth boxers in international competition.”

Sport Ireland chairman Kieran Mulvey believes Dunne’s experience between the ropes in both codes is ideal to lead Irish boxing into the Tokyo 2020 cycle.

He said: “On behalf of Sport Ireland I would like to congratulate Bernard on his appointment. Bernard brings with him a wealth of experience in both the amateur and professional environment, and is the ideal candidate to lead Ireland’s boxing programme as we enter the Tokyo 2020 cycle,” he said.

“Boxing has traditionally been one of Ireland’s most successful sports and we look forward to even more success under Bernard’s leadership long into the future.”

Dunne Dunne will take up the appointment with immediate effect and will be at the weekend’s Elite International Round Robin featuring Ireland, France, Germany, Italy and Russia at the National Stadium.