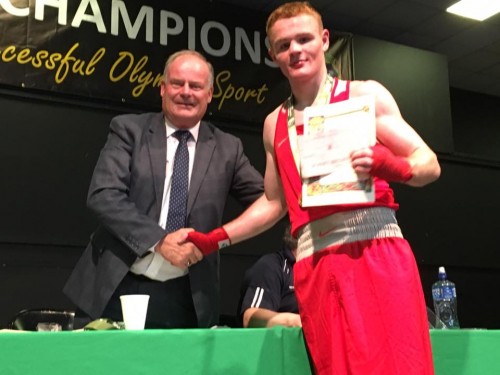 Oakleaf BC welterweight Brett McGinty has been named Irish captain for the World Youth Championships which begin in St Petersburg, Russia next Thursday.

The nine-strong Irish squad finished up their training camp in Moscow this afternoon and travel by rail to St Petersburg from the Russian capital in the morning.

McGinty, a silver medallist at the Commonwealth Youth Games and current Irish U/18 champion, is honoured to skipper his country.

“It a proud moment for my family, club and the Ulster Boxing Council and I would like to wish my fellow team members and coaching staff all the best in championship, he said.

“From the start of the year my main objective was to get on the team for the World Youths,” added the 18-year-old, who attends Deele College in Donegal.

“The squad have been through excellent training camps and we’re all eager to get in the ring and get the tournament underway in St Petersburg.” 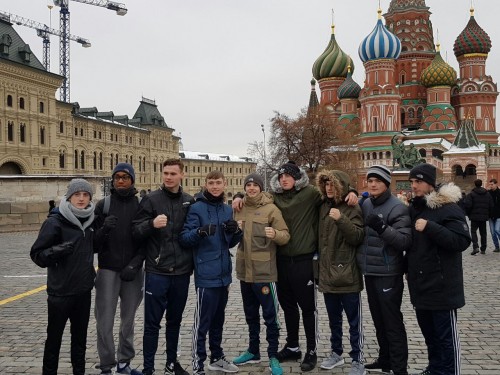 Irish team manager Stephen Connolly reports that the Boys in Green, who will have completed training camps in Dublin, Belfast and Moscow before making the trip to Russia’s second largest city, are in top form.

“Congratulations to Brett on being named captain and I have no doubt that he will lead the Irish squad with pride, he said.

“All sparring went very well yesterday and all is good with the team who are winding down and getting ready to move on Monday. Looking forward to the boxing starting on the 17th, added the Irish TM and IABA National Registrar.

“No injuries for any of the boxers. The coaching staff say that all boxers are in good shape. We would like too thank all our supporters back home for all the messages to all the team.” 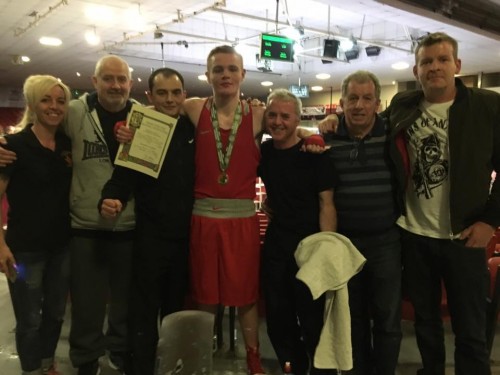 Brett McGinty and club coaches and members at National Stadium

Ray Silvas, Supervisor for the Championships, described the 2015 AIBA World Junior Championships in St Petersburg – where Cork’s Eamer Coughlan and Limerick’s Paddy Donovan, who are included on the 2016 World Youth squad, won silver – as a fantastic competition and is looking for more of the same at the 5th edition of the tournament.

“For a lot of our Olympic champions, the Youth World Championships is where it all started, so we are very excited to be able to start the process of looking ahead to Tokyo because the clock has already started ticking for these boxers, he said.

“We were here last year for the Junior World Championships and the end result was a fantastic competition. The organisation was superb, our relationship with the LOC worked very well and the creativity they displayed made for a great event.”