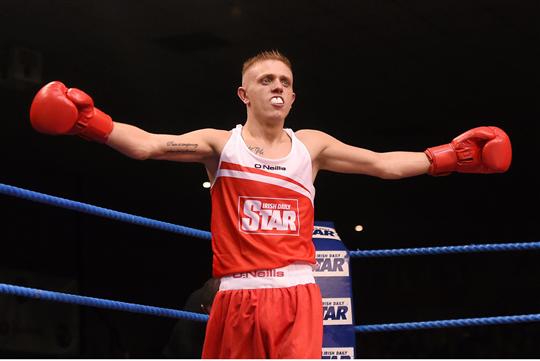 Kurt Walker believes that the Chemistry Cup is ideal preparation in the built up toward the qualifiers for Tokyo 2020.

The Ulster bantam has been named in a nine-strong Irish squad for the 45th edition of the tournament which begins in Halle, Germany tomorrow.

Some of the world’s top boxing nations, including Cuba, will be in the hat for Wednesday’s draw.

Ward (2 gold) and Joyce, who has since switched codes, are the only two Irish boxers to claim titles at this level.

There’s no for complacency at the Chemistry Cup, one of the top multi-nations in the world, according to Commonwealth Games silver medalist Walker.

“I was there four years ago and it’s a very high level competition,” Walker told today’s Irish News.

“The USA are going, Cuba, Uzbekistan, Kazakhstan, Russia, all the best countries in the world will be there so there’s no messing about.

“The last time I lost to the Netherlands against a guy [Enrico Le Cruz] who ended up going to the Olympics at 60. It was a weird fight – I won the first round easy but then I blew up, I peaked too early and just messed about.

“In my head, everything I do now is just pushing towards the Olympics, added the Ulster bantam.

“But you can be unlucky and never qualify. Look at somebody like Sean McComb – I don’t know how he never went to the Olympics. But I believe I can qualify, 100 per cent. I’m fully confident it will happen.”