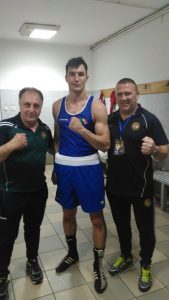 The current Irish and Cuban champions clash in the 9th bout on the program which begins at 2pm (Irish time).

Afanasev, who claimed his first Irish Elite belt in February after beating Kevin Sheehy at the National Stadium, has won his last four international outings for Ireland against the USA (2), India and Germany and remains unbeaten this year.

Afanasev is guaranteed at least silver in Halle. Overall, team Ireland will be brining home one silver and four bronze.

The squad are due to arrive home at 7.40pm tomorrow night, June 24, via Dublin Airport (Terminal 1).