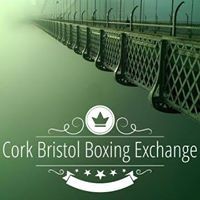 ANOTHER massive weekend of Inter-City boxing takes place in Cork this Saturday night.Bristol and Western Counties are on Leeside to meet a Cork selection as part of an exciting new innovation known as the Cork and Bristol Exchange Programme.

Extensive work on this project has already taken place, as administered by Kirstie Smith of the Dunmanway BC, who is working hand in glove with Cork Board Secretary John Wiseman, who is acting as the liaising officer on the project.

The concept, which has captured the imagination of the Leeside boxing fraternity, was born last September when Board President Michael O’Brien and Wiseman held a meeting with Craig Turner who was in Dungarvan with the Bristol team for the Celtic Box Cup.

Following this meeting, it was agreed to explore and research the reciprocal supposition, with Bristol coming to Leeside and Cork travelling to Bristol for the return leg later this year.

Cork and Bristol meet at the Boxing Centre in Churchfield on Saturday night (7pm). The visiting team will feature stand-out talent from Team GB and Team England.

The Bristol and Western Counties selection are led by team manager Mike Hemming, an international referee and Secretary of the Western Counties Boxing Association. The touring coaches include the experienced Craig Turner,  Amanda Wickenden and Ian Tenbant.

“It is hoped that this will be the first of many years of the Exchange Programme which will take place twice annually,” said Cork Board chief O’Brien.

“We look forward to welcoming our visitors to the southern capital. I also wish to acknowledge the outstanding work of Kristie Smith and John Wiseman on this project.

“The Cork County Boxing Board intend to organise many more events such as this. It provides an opportunity for the sport to broaden its horizons, particularly when it involves tourist boards, local authorities, the business community and politicians.

“This will create a link between boxing people in Cork to become part of an experience that  will create opportunities to travel for holidays in addition to sporting events. This will be the busiest year in the history of Cork boxing as we will be sending teams abroad and hosting international teams on Leeside.”

Following the departure of the Birmingham City BC, who were in Cork as the guests of the Glen BC for their Centenary tournament last weekend, the County Board is now very much looking forward to playing host to a second weekend of top class Anglo-Irish boxing on Leeside, O’Brien added.

The Birmingham team was led by Cork-born Frank O’Sullivan, who was honoured by the Queen of England five years ago with an MBE for his outstanding services to amateur boxing in Birmingham over many decades.

O’Sullivan is a former coach to Frankie Gavin, who has string Irish links. Gavin became the first England boxer to win an AIBA World Elite title in Chicago in 2007.