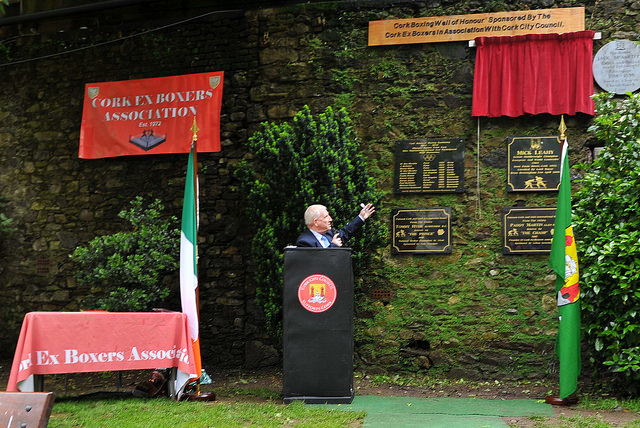 The Rebel County rolled out the red carpet to honour a legend in Cork City on Saturday last.

A plaque to perpetuate the memory and legacy of the late Albie Murphy, the famed Sunnyside BC and Irish coach, was unveiled on the iconic Boxing Wall in Bishop Lucey Park.

President Pat Ryan led a delegation from the Irish Athletic Boxing Association (IABA) at the event hosted by the Cork Ex-Boxers Association (CEBA). 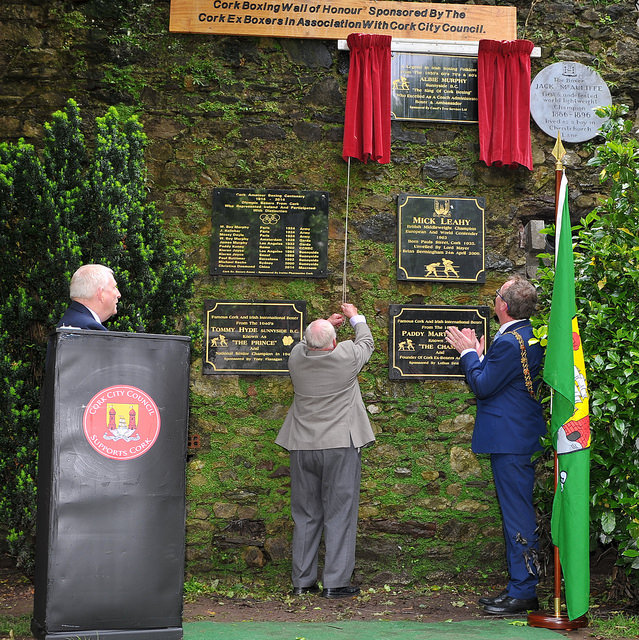 Michael O’Brien, President of the Cork County Boxing Board (CCBB), described the famed chief seconds as an inspiration.

“His contribution to our sport is now part of Cork folklore. His memory will never be forgotten on Leeside,” he said.

Stephen Connolly, IABA Registrar, paid a warm tribute to CEBA and the CCBB at Saturday’s commemoration.

The Lord Mayor of Cork, Cllr. Des Cahill, was amongst the guests of honour in the park.

All of Cork’s Irish champions of 2017 were honoured at last weekend’s well-attended event. Each boxer was presented with a Jack McAuliffe gold medal.

McAuliffe, who was born adjacent to Bishop Lucey Park, claimed a World title in the USA in 1886 after emigrating with his family to America. 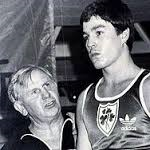 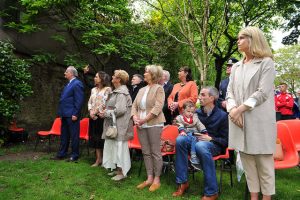 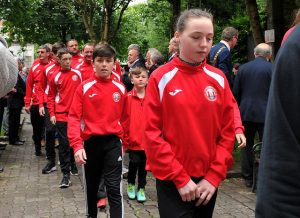