Team Ireland is gearing up for its first big Continental test of 2018 at the European U/22 Men’s and Women’s Championships in Romania.

The tournament begins Sunday in Targu.The Irish squad of five women and four men are putting the finishing touches to their preparations at the Centre of Excellence in Abbottstown. 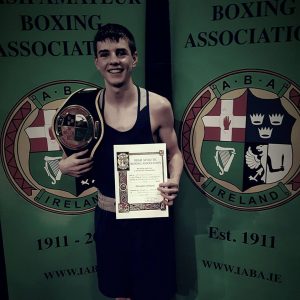 Moore, who has won six Irish belts – five in the last 20 months – is proud to skipper his country.

“It’s a great honour to be representing Ireland at the European Championships, then to be selected by the head coaches to be named captain. It gives you that extra bit of confidence going out there, he said.

“The training camp is going very well for the team, a very high-intensity camp. We still have couple of day training to go, then it will be rest for a few days leading up to the Championships.

“We’re all in great form and I would be expecting the team to bring back the goods.Everyone on the team is more than capable of winning it out, and me, myself, I know what needs to be done over there to do well, added the Irish U/22 champion who competed at the 2017 European U22s and World Youths.

“I will be going to win it. I only have the gold medal and standing on top of the podium on my mind. I’m sure the team will rack up the medals this year.”

Describing Moore as an excellent captain, Dmitry Dimitruk, Ireland head coach for Romania, said that the panel is eagerly looking forward to getting the competition underway.

Ireland’s chief seconds for Targu pointed out that the 3rd edition of the Championships since Russia 2012 – where Jason Quigley and Hughie Myers won gold and silver – is a key outing for men as there is no Elite World or Continental competition for males this year.

The European and World Elite Women’s Championships will be hosted in Poland and India in 2018.

37 nations, including Ireland, have registered to compete at the 2018 European U/22 Championships. Team Ireland leave for Romania on Saturday.