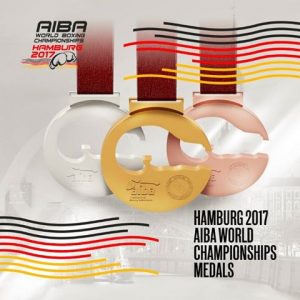 Team Ireland are staying sharp ahead of the opening bell for the 19th World Elite Championships in Hamburg, Germany, according to IABA High-Performance Director Bernard Dunne.

Ireland’s five strong squad arrived in Hamburg yesterday ahead of the 85-nation competition.

Boxing begins on Friday at the flagship tournament of international boxing and the biggest tournament since Rio 2016.

Joe Ward, the Irish captain in Hamburg, is aiming for his third successive World medal.

Kurt Walker and Sean McComb could be in action Friday as the bantamweights and light-welterweights are in action on Day 1.

Meantime, this is the third occasion that Germany has hosted the World Championships which has been running since Havana 1974.

In 1982, Tommy Corr claimed bronze in Munich, Ireland’s first medal at this level.

Ireland also competed at the 1995 Worlds in Berlin where Cuba’s Juan Hernandez-Sierra, who was beaten by Michael Carruth in the 1992 Olympic final, claimed his third successive World gold.

All boxers – except for the 10 hosts places and 10 wild cards – qualified for Hamburg from the five Continental Championships.