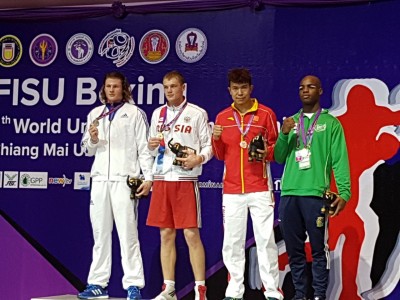 Kenny Okungbowa was presented with his World University Championships bronze medal this morning on a proud day for the Irish Athletic Third-Level Boxing Association (IATBA) in Thailand.

Christina Desmond will be presented with her bronze medal tomorrow.

Okungbowa, the 2015 Irish Elite finalist, reached the last-four in the heavyweight class at the 7th edition of the tournament, to, along with Demond, mark the first time that Irish boxers have claimed podium positions at this level.

The double bronze ensures that Ireland will finish in the medals table for the first time.

Valerii Kharlamov of the Ukraine won gold in the men’s middleweight class today. Irish Elite finalist Conor Wallace dropped Kharlamov with a superb left in the first round of their preliminary round but had to retire with an injury at the end of the second.

Team Ireland are due to arrive home from Thailand via Dublin Airport on Monday morning at 10:10am (Terminal 2).

1. Kenny on the podium
2. Kenny shaking hands with the Russian World Champion
3.Kenny with his Bronze medal
4. Kenny with the Silver medallist from France who won their semi-final
5. Medal and souvenir elephant presented to the medals
6 Kenny with Paddy Gallagher, Gary McKenna, Brian Wallace and Conor Wallace after the medal ceremony. 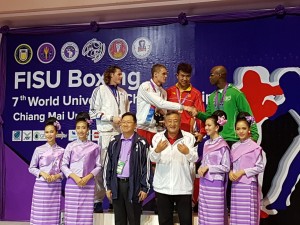 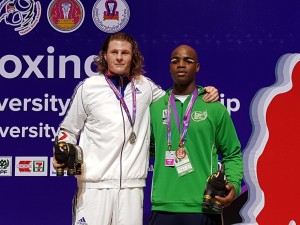 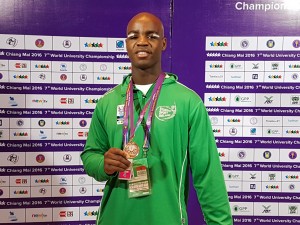 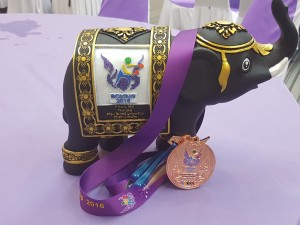 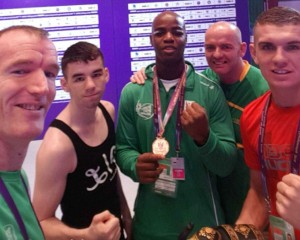