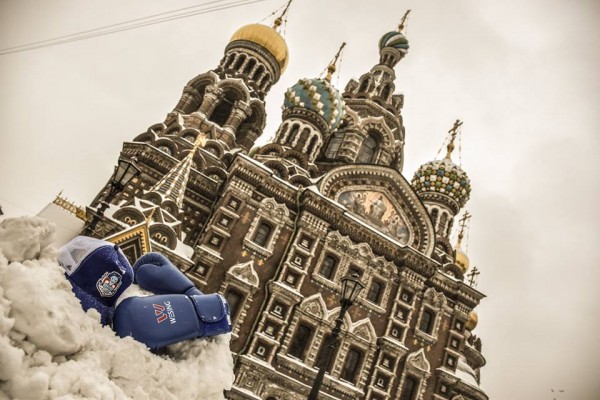 Paddy Donovan and Michael Nevin advanced to the last 16 of the AIBA World Youth Championships in St Petersburg, Russia today.

But Irish captain Brett McGinty bowed out to Slovakia’s Andrej Csemez in the welter class.

Nevin shone on his debut at the Sibur Arena.

The Portlaoise BC middle, an ex European Schoolboy, Junior and Youth champion, outclassed Croatia’s Matej Uremovic to progress to the last 16.

Nevin found the target with just about every shot in the book today and rocked his opponent, who, to his credit, kept plugging away, backwards with a big right in the second.

Donovan recorded his second win in 48 hours this morning.

The Limerick lightweight completely dominated his contest with Ranjo Napoles of the Philippines, with two judges scoring the fight 30-25 to the Shannnonider, a silver medallist at the World Junior in St Petersburg last year.

McGinty was surprisingly on the wrong end of the split decision reversal to Csemez.

The Slovaks left jab was an issue for McGinty throughout, but the Irish skipper took the fight to his opponent for the entire three rounds, found the target with the majority of the cleaner and heavier shots, especially in rounds two and three, and is unlucky not to have recorded his second win of the tournament.

AIBA are using all five judges to score bouts in St Petersburg, scoring which is expected to be introduced in all grades in the New Year.

St Petersburg is three hours ahead of Ireland.