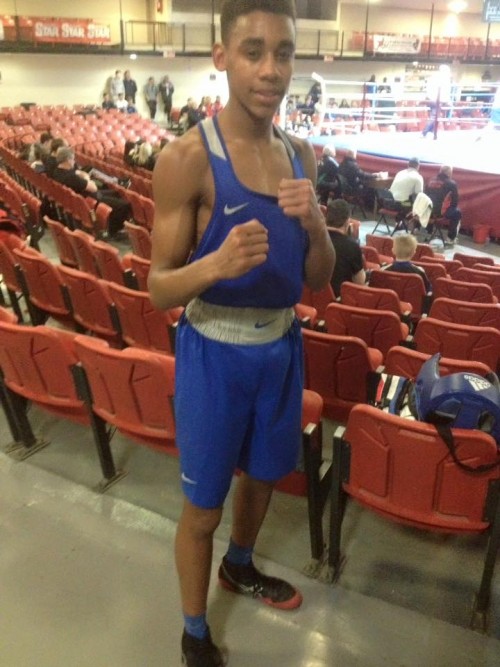 Michael Nevin and Gabriel Dossen are guaranteed at least bronze at the AIBA World Youth Championships after winning their quarter-finals in St Petersburg today.

But Christopher O’Reilly had to settle for a top-eight finish after losing to Kazakhstan.

Nevin convincingly beat Lithuanian middleweight Vytautas Balsys, the former European Youth, Junior and Schoolboy champion showcasing a wide variety of skills and shot selections to dominate the contest from the second round up.

The Portlaoise BC orthodox will now meet Scotland’s William Hutchison in a Celtic derby on Friday for a place in the 75kg final.

Olympic BC ace Dossen emerged from a high-speed game of 64kg chess with Dominican Republic orthodox Rohan Polanco in the light-welter class. 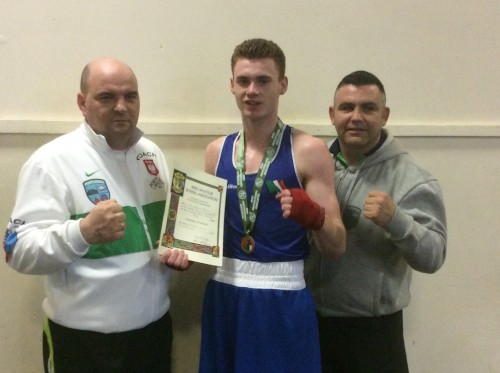 The Galway southpaw found the target with the majority of punches in the first and lashed home two excellent combinations n the second. Polanco, however, was an astute and cagey opponent and the Irish champion had to maintain his composure and patience in the third to see out victory and secure his first World medal at the first time of asking at an AIBA event.

Russia’s Sergei Margarian awaits in the last-four on Friday.

Earlier today, O’Reilly, who boxes out of the Bracken BC, was giving away a height and reach advantage against Kazakh southpaw Bekzad Nurdaueltov, but the Irish light-heavy managed to work his way in under Nurdaueltov’ guard to deliver his shots. The young man from Central Asia, however, got the verdict after a close contest.

Thursday is a rest day at the 63-nation tournament. The semi-finals and finals will be decided Friday and Saturday.

“Christopher won the first round today but unfortunately it wasn’t to be. He gave it absolutely everything and you can’t ask for more, said Connolly.

“Michael showed his class again today, as did Gabriel. He was in a very cagey bout with hs opponent in the light-welterweight quarter-final. Our coaches got it spot on in this contest. We have another big day ahead of us on Friday.”