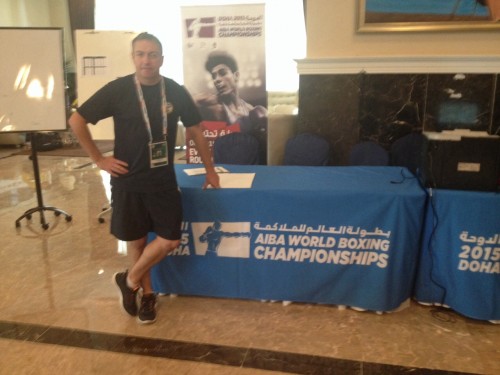 We can confirm that Eddie Bolger, pictured, has resigned from his role as High-Performance Coach with the Irish Athletic Boxing Association (“IABA”) to be Head Coach with the German National Team.

Eddie has worked as part of Ireland’s High-Performance Team for the last two years and was one of the three coaches who accompanied the Irish Boxers to the Olympic Games in 2016 alongside Head Coach Zaur Anita and John Conlan. Prior to his appointment Eddie had worked since 2008 on a voluntary basis with the High-Performance Team.

The IABA would like to take this opportunity to acknowledge Eddie’s contribution to High-Performance boxing in Ireland and to sincerely thank him for all his efforts. Eddie would himself like to thank the IABA, its volunteers and staff for their assistance.

Eddie Bolger said: “This is a fantastic opportunity for me to work as Head Coach of a strong boxing nation such as Germany at their new centre of excellence in Heidelberg. It was an offer that I could not refuse at this point in my career. The IABA have been very supportive to me and I remain on very good terms with all involved Irish boxing.”

Fergal Carruth, CEO of the IABA, said: “I want to thank Eddie for all the dedication and commitment he has shown to Irish High-Performance boxing over the last 9 years. We will miss him professionally but also as a person and want to wish him all the best in his new role and hope that he is not lost forever to Irish Boxing.”