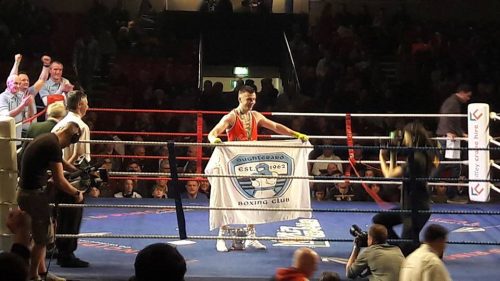 Elite champion Kieran Molloy scored an outstanding win in the last eight of the Eindhoven BoxCup in the Netherlands today.

The Oughterard BC welter beat England’s current Elite champion, Harvey Lambert, to advance to the semi-finals.

Molloy will now meet either Danny Meyer of Germany of Dutch orthodox Sammy Wagensveld for a place in Sunday’s finals tomorrow.