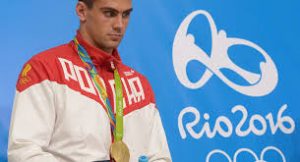 Please scroll down for teams for the upcoming Round Robin tournament between Ireland, France, Germany, Italy and Russia at the National Stadium.

Germany, under former Irish coach Eddie Bolger, and France, along with Russia, have named formidable sides for the visit to Dublin.

The Italian team will be confirmed shortly.

The Irish squad will be drawn from our No. 1 and No. 2 athletes. Rio Olympians Joe Ward and Brendan Irvine and European medallist Dean Walsh and Sean McComb will be in the mix along with all the current National Elite champions.

London 2012 Olympian Darren O’Neill will meet Russia’s current Olympic heavyweight champion Evgeny Tishchenko. Both men have fought twice in the past and share one victory each.

Patrick Mongan and George Bates are in line to face Vladimir Nikitin, who has moved up from bantam to light, and France’s Rio  2016 silver medallist Sofiane Oumiha.

“All the teams coming here are the number one teams,” said Irish head coach Zaur Antia. “It will be an excellent competition with world class boxers.” Europe is building toward June’s European Elite Men’s Championships in the Kharkiv, Ukraine.

The top eight boxers in each of the weight classes in the Ukraine qualify for the World Elite Championships in Hamburg, Germany in August/September.

Germany will receive ten places at the World Championships as the host nation and don’t have to go through the Ukraine, which is the sole qualifier for Hamburg 2017.