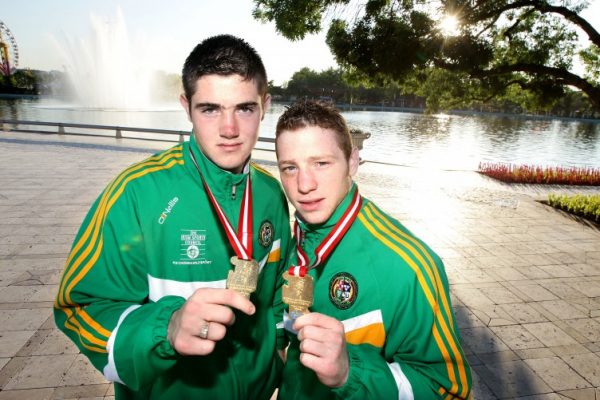 Irish boxing, with current head coach Zaur Antia and coaching staff working our corner, has claimed 19 medals at the European Men’s Championships since Andy Lee secured bronze, and qualified for Athens 2004 into the bargain, at Croatia 2004.

Moreover, Irish boxing has finished in the top three in the medals table at every European Men’s Championships this decade. In three of those tournaments, Ireland commanded a top two finish behind the powerful Russian Federation.

2013 marked the nearest Ireland has come to usurping Russia as the No. 1 boxing nation on the continent.  John Joe Nevin and Jason Quigley won double gold at that year’s Europeans in Minsk, with Paddy Barnes and Michael Conlan bringing home double silver.

However, Barnes had to cede a walkover to Russia’s David Ayrapetyan in the light-fly final after picking up a nose injury.

“I couldn’t enter the last European Championships (in 2011) because of injury so I am gutted I couldn’t defend my title this time,” said Barnes at the time in reference to the gold medal he won at the Ice Palace in Moscow in 2010, a top of the podium finish that bridged a 19-year gap since Paul Griffin secured gold for Ireland in 1991 in Sweden. 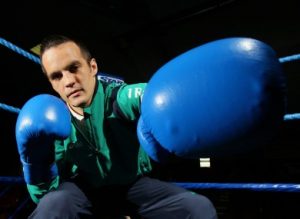 Joe Ward, who had claimed European Elite gold aged just 17 two years previously in Turkey, was also unlucky with injury in Minsk. The Moate BC southpaw twisted his knee in the preliminaries versus Poland’s Mateusz and had to be lifted out of the ring.

Russia’s Nikita Ivanov, who Ward had beaten in the 2011 European final to add to the gold Ray Moylette claimed earlier that day, secured the light-heavy title at Minsk 2013.

Winning European gold at 17 – the entry age for Senior boxing at the time – is virtually unheard of, but Ward, tongue in cheek, revealed his secret.

“I was a big, bould strong child and I didn’t fear anyone at the time. I knew I had the natural ability and I didn’t think I could be beaten. It was fantastic to win one European gold but to win two is really special. Hopefully, I can add to that in the Ukraine next month,” he said.

Meanwhile, Team Ireland is currently preparing for the 2017 European Championships in Kharkiv, Ukraine at the Centre of Excellence in Abbotstown.

The nine-strong Irish squad will leave for their final training camp in Kharkiv on June 5th. The 2017 European Elite Men’s Championships begin on June 14th.

“The squad are very confident. We go there with good preparation, physical, tactical and sparring. We are very positive,” said Ireland’s chief seconds Zaur Antia.

The 2017 Europeans are the sole qualifier for the 2017 World Championships in Hamburg, Germany in August/September.

The overall European haul for Ireland, male and female, under head coach Zaur Antia and the Irish coaching staff, is 27 medals this century. 13 of those medals are gold, 3 are silver and 11 are bronze.