Most of Ireland’s boxers in line to be selected for the European Olympic qualifiers in Istanbul, Turkey in April will, eliminating the non-European boxers above them in the AIBA World rankings, be guaranteed high Continental rankings.

This could impact positively on their seeding for Istanbul, although there has been no official confirmation that seeding will be in operation.

No boxers are above Katie Taylor and Michael Conlan in the AIBA rankings. Both are No. 1 in their respective lightweight and bantamweight classes and are in pole positions in the European rankings.

Michael O’Reilly is ranked No. 3 in the World at middleweight and No. 1 in Europe. Brendan Irvine is at No. 7 in the light-fly pecking order but has moved up a notch to fly.

Boxers who change weight retain 75% of the ranking points achieved in the previous class. Likewise, Irvine will drop just over 200 of the 850 points he has earned courtesy of winning European Games silver and reaching the World Elite quarter-finals last year at light-fly.

However, just two European boxers are in the top ten in the AIBA flyweight rankings; Azerbaijan’s Elvin Mamishzada, who is No. 1, and the man with the most iconic name in world boxing, England’s Muhammad Ali of Team GB. 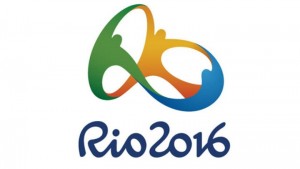 Michaela Walsh, Katie Taylor, Christina Desmond, Brendan Irvine, David Oliver Joyce, Dean Walsh, Michael O’Reilly, Darren O’Neill and Dean Gardiner claimed Irish Elite titles in the weights that Ireland have no boxers qualified for Rio 2016 in at the Elite Championships, which the IABA used as part of their selection process for this year’s qualifiers, in November and December at the National Stadium in Dublin.

David Oliver Joyce, a three-time EU champion, is not included in the AIBA World rankings as he is signed with AIBA Pro Boxing (APB).

Paddy Barnes, Michael Conlan, Steven Donnelly and Joe Ward have qualified for Rio in the light-fly, bantam, welter and light-heavy weights. The quartet booked tickets through the World Series of Boxing and AIBA Open Boxing (AOB), with Conlan qualifying through the WSB and AOB – just to be sure!

Ireland will be targeting nine further berths in the various WSB v APB and AOB qualifiers in Turkey, Kazakhstan, Bulgaria and Azerbaijan between now and next June.

Irish boxing has been represented at every Olympic Games – except the 1936 Olympiad in Berlin, Ireland didn’t send a team in any sport – since entering the Olympics as an independent nation for the first time at Paris 1924.

Tipperary’s Paddy “Rocky” Dwyer reached the last-four in the French capital, which be would enough to secure bronze under today’s rules. Dwyer lost his semi-final to Argentina’s Hector Mendez and had to withdraw from the box-off for bronze because of injury.