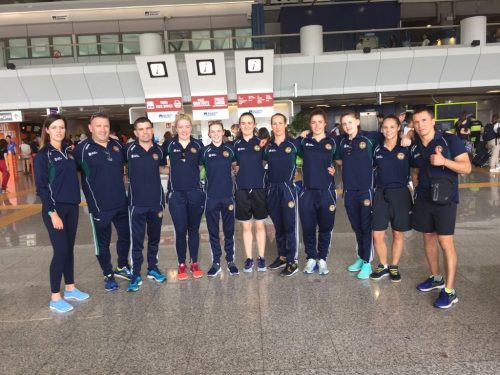 The Irish trio posted decisions over Moldova, Denmark and Wales and are each guaranteed at least bronze.

Grainne Walsh was involved in the bout of the day against European Elite bronze medallist Lauren Price. The Welsh welter took the first round on three cards, but Walsh claimed the second on three cards to leave it tied going into the third.

Walsh, however, pulled out all the stops to secure victory from a tremendous three rounds of boxing.

Harrington, a World Elite silver medallist, posted Ireland’s second win of the afternoon, the Dublin lightweight cruising past Denmark’s Ditteajaaja Frostholm to book her ticket into the last-four.

Michaela Walsh’s win was equally as emphatic, the Belfast bantam earning two 10-8 rounds versus Moldova’s Julia Coroli. Michaela and Harrington have won two bouts each so far at the 19-nation tournament.

High-Performance Director Bernard Dunne, speaking after today’s treble, hailed what he described as the top class performances of the Irish trio, adding that the wins were a tremendous confidence boost for the squad.

Kristina O’Hara and Kristina Desmond are in action tomorrow.

(Bout dates are subject to change)