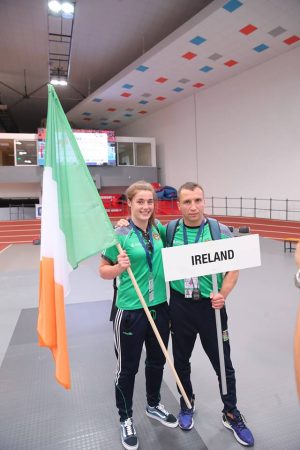 Michaela Walsh is back between the ropes for her second bout in 24 hours this afternoon at the European Elite Women’s Championships in Sofia, Bulgaria.

The Belfast feather beat England’s Karriss Artingstal 30-27 across the board in the last 32 of the tournament yesterday.

Italy’s Alessia Mesiano awaits today. Both women will be in the ring at approximately 1.30pm (Irish time).

A Rome native, Mesiano claimed a World Elite feather title in Kazakhstan in 2016 two years after winning bronze at this level.