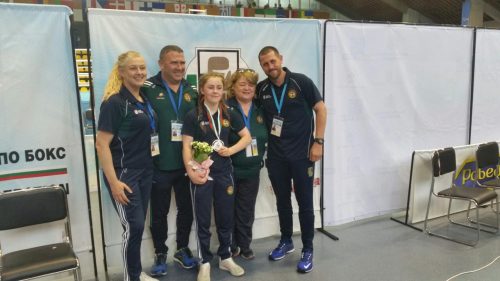 Caitlin Fryers will be bringing home silver from the European Youth and Junior Women’s Championships in Sofia.

The Irish light-flyweight was adjudged to have lost today’s 48kg Youth final with Bulgaria’s Mari Todrova in Bulgaria. 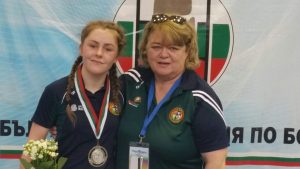 Fryers won three fights en route to today’s final and is, on the basis of her performances, including the final, this week, the top Youth light-fly in Europe in 2017.

Daina Moorhouse and Aoibhe Carabine will be targeting gold tomorrow in the Junior light-fly and middle classes.

But Ciara Brien and Catherine Blaney had to settle for bronze versus Bulgaria and Italy, the Irish pair leaving everything in the ring.

The Youth finals will be completed later today ahead of Sunday’s Junior finals.

Team Ireland, who have claimed six medals in Sofia, are due home at approximately 4pm on Monday afternoon via Dublin Airport.