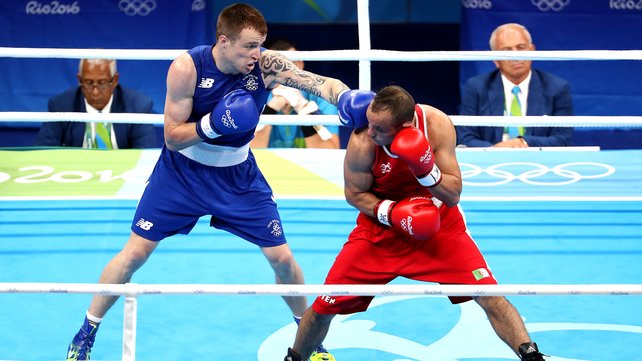 Both women won their semi-finals in the early hours of this morning, with O’Hara upgrading her guaranteed bronze to silver with a convincing unanimous decision over Tasymn Benny of New Zealand in her second win of the tournament.

Irish Rio 2016 Olympians Brendan Irvine and Steven Donnelly also won to guarantee themselves at least bronze, but Alanna Nihell bowed out at the last-eight stage to England’s
Page Mourney.

Donnelly, who reached the last-eight at Rio 2016, has now won three fights on the Gold Coast and is hitting peak form going into the business end of the tournament.

Carly McNaul also won this morning, the Belfast fly, who was well ahaed on a points, advancing after her bout with Ayisat Oriyomi (Nigeria) was abandoned in round two.

James McGivern completed the action for Northern Ireland, which is assured of eight medals, with a convincing unanimous decision over Jean John Colin of Mauritis.

Tomorrow is a rest day at the tournament. The semi-finals and finals will be decided Friday and Saturday.