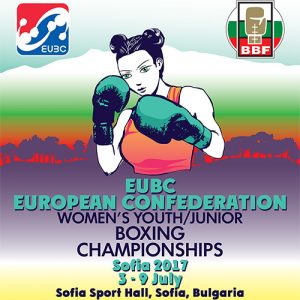 Caitlin Fryers guaranteed Ireland at least one silver medal at the European Women’s Youth and Junior Championships in Sofia,Bulgaria today.

The on-fire Belfast light-fly ungraded her guaranteed bronze medal to at least silver in impressive style after scoring a unanimous decision over Germany’s Maxi Klitzer.

Lauren Kelly had to settle for bronze against Anastasia Shamonova in the 75kg Youth semi-final. Kelly put in a massive shift against the Russian 2015 AIBA World Junior champion but had to retire with a rib injury in the third round.

Chloe McDaid, who was making her international debut, was beaten by Jekaterina Marchenko of Latvia, the Irish bantam putting in a big performance.

Today’s results mean that Ireland will be taking home at least one silver and five bronze from Sofia.

Friday is a rest day at the tournament. The Youth finals and Junior semi-finals will be decided on Saturday. The Junior finals are pencilled in for Sunday.