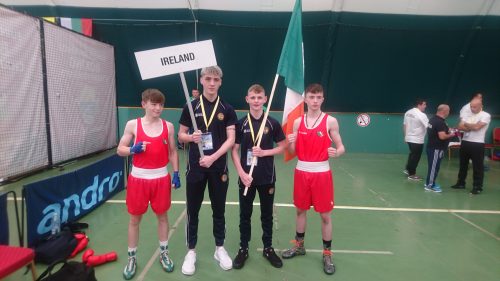 Ireland recorded six wins out of eight on Day 1 of the European Junior Championships in Albena, Bulgaria today.

Mikey Stokes took the early route to victory, the Athlone feather recording a 1st round TKO win over Luca Filip who took two standing counts in the first frame.

All six are now through to the last 16 of the tournament. 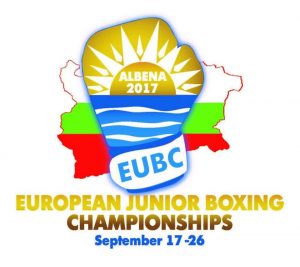 William Hayden and Cathal Crowley bowed out at the last 32 stage this afternoon.

Hayden was edged on a 3-2 split decision versus Georgia’s Jaba Tchumbashvili and Crowley lost to towering Russian southpaw Aleksei Dronov.

Tucker is back in action tomorrow along with Patrick McCarthy who received a bye into the last 16, along with Callum Walsh, Myles Casey, Gavin Rafferty and Thomas Doherty.