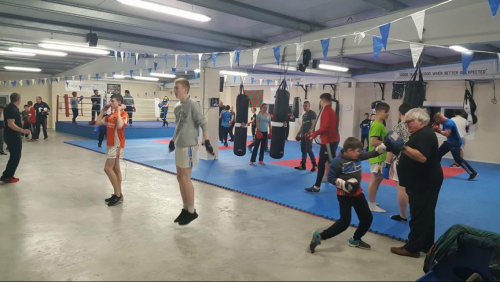 The launch of the club’s new premises was performed by Minster Michael Ring TD, Minister of State for Regional Economic Development, and the benediction by Parish priest Fr. Peter Gannon.

Members of the Claremorris BC and families, local Council representatives and the Chamber of Commerce attended.

Also in attendance was Stephen Connolly, National Registrar with the Irish Athletic Boxing Association (IABA) who said the club’s athletes now had a state-of-the-art facility to train in. He also hailed the enduring role of club Secretary and coach Joe Charles who, he said, has given outstanding service to the club for over half a century. 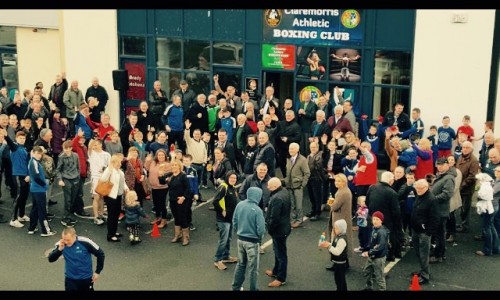 Pat Ryan, President of the IABA, penned a letter, which was read out on the day, of congratulations to the Claremorris BC and wished the progressive Mayo unit the very best of luck in the future.

Some of the great names in Connacht boxing, Gerry Coyle, Johnny Carey, Sean Horkan, who was Irish team manager at the 1992 Barcelona Games, Frank Ward, Joe Lavelle and Gerald Keane attended the opening.

“There was a great letter read out on the day from Colm Flynn who founded the club back in 1961. Colm had some great times in Claremorris boxing club and some great stories to share in his letter and is still involved in boxing in Ennis, Co. Clare today,” said club coach Ray Charles, son of Joe Charles.

“He stated in his letter that he was very touched by the welcome he got from the Claremorris people and said he could see the great love for boxing in the town.”

Thirteen exhibition bouts were decided on the day featuring up and coming prospects in addition to well-known athletes in Connacht. The contests were refereed by former Irish Elite champion Peter Mullen.

“It was a day that will go down in history for boxing in Claremorris for many years to come and we would like to thank all for their invaluable contributions. So many people have contributed to the club and if I omit any names my sincere apologise,” added Ray Charles.

Please scroll down for extra pictures. 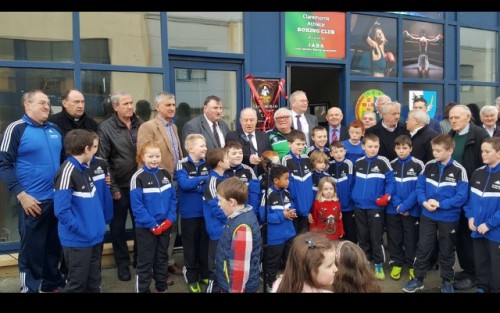 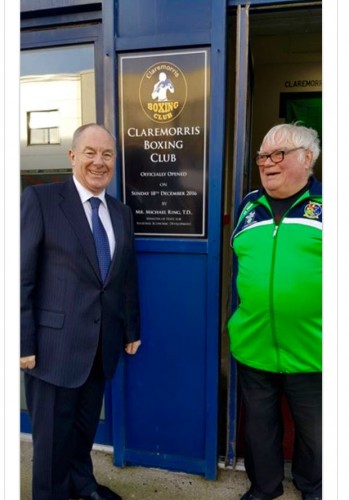 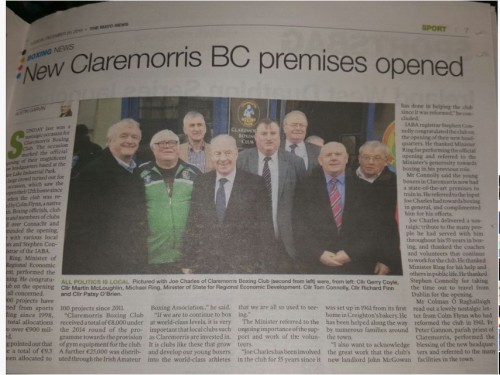 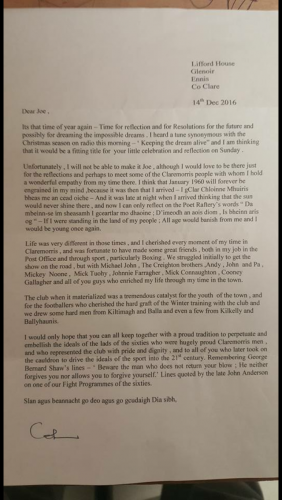