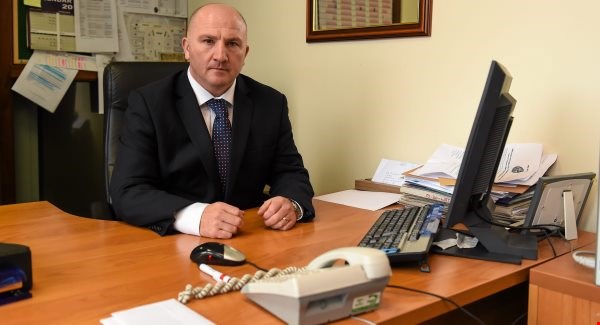 Following what has been a difficult number of weeks for our sport, I write to provide an update in respect of a number of issues. Given the considerable media interest and public commentary on boxing around the Olympics Games, the issues outlined below are of particular importance at this time:

It is expected that the Rio Review will be completed by early December and when that report is available, it will be disseminated to IABA stakeholders.

Further developments in terms of our interactions with the international federation on this matter will be communicated to our stakeholders.

We remain, however, committed to playing our part in the Irish Anti-Doping Programme and will continue to uphold the rules; promote clean sport and facilitate education programmes for our coaches and boxers.

The results in Rio, together with the challenges arising from the impression created by the judging at a number of the bouts, will undoubtedly be taken into account when the levels of funds to be awarded in the coming period are decided. By the same token, we trust that the 52 international medals won by Irish boxers since the start of 2015 together with our successful record at previous Olympic Games will also be brought to bear on these deliberations.  The work to prepare a grant application for both NGB (core) funding, and High Performance funding on behalf of our sport is well underway. As in previous funding cycles for NGBs, a public announcement as to the level of funding is expected as soon as Sport Ireland can complete its deliberative processes.

Further work in conjunction with those in charge of the National Sports Campus facilities is a key part of planning for 2017 and beyond and will form part of our funding submissions in the coming weeks.

I know it goes without saying that each of us is absolutely committed to the future development and success of Irish boxing at all levels. Rio is the first Olympics since Athens 2004 in which a boxer did not win a medal. Despite this, we are confident that given 52 medals have been won across all levels and ages since 2015, that there is a very solid platform for future success.

The sustained effort of the leaders of our clubs means that more people than ever have the opportunity to participate. The number of young people in boxing is very strong and we continue to enjoy the support of the Department and other agencies in securing the resources to improve our facilities. The time and expertise that each of you contributes, in terms of the scale of activity and in committing to excellence, mean that we can be confident of retaining our status as Ireland’s most successful sport – both in offering a great sport for people to get involved in, and for those with the talent and dedication to succeed at the highest level on the international stage.

I look forward to seeing many of the boxing family at the Convention this Sunday and I have no doubt that some of the issues covered here will be considered in further detail. I also look forward to your contributions to the process to influence our next four years in the course of the development of IABA Strategy 2020.

I must also give special mention to outgoing IABA Secretary, Sean Crowley who has been a great stalwart to Irish Boxing serving  for almost 2o years. His vast experience will be greatly missed and I would like to extend our thanks to him for his great work throughout the years.

On behalf of the staff and the Board of Directors, I thank all our volunteers for your commitment, support and dedication to fostering boxing at Club, County, Provincial, National, and International level and helping to strengthen communities throughout Ireland.