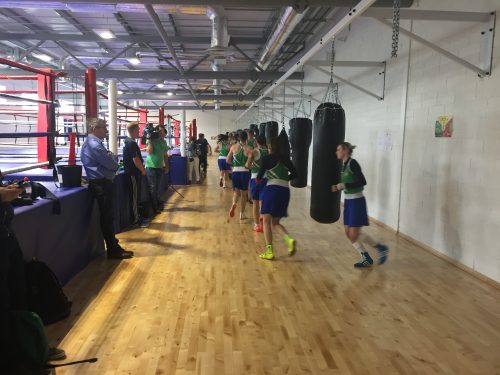 Please scroll down for pictures from today’s Open Media Day at the Elite High- Performance Unit at the Centre of Excellence in Abbotstown.

Irish Elite Men’s and Women’s boxing is building up toward a crucial August, with the Women’s squad slated to compete at the EU Women’s Championships which begin in Cascia, Italy on August 4th and the Men’s team preparing for the AIBA World Elite Championships which gloves off in Hamburg, Germany on August 25th. 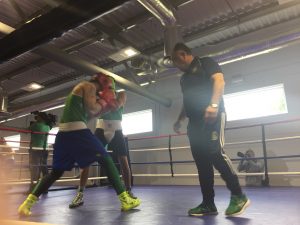 Both squads have training camps lined up France and Sheffield for July and August.

Three-time European Elite champion Joe Ward, who will be aiming for his third successive World medal in Hamburg, and European Games and European Elite medallists Kurt Walker, Brendan Irvine and Sean McComb, will represent Ireland at the 19th World Championships.

The Irish quartet-qualified for Hamburg at the European Elite Championships in the Ukraine last month. 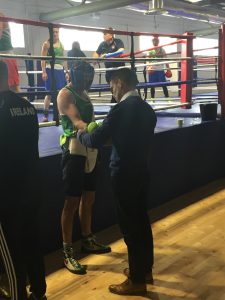 Three medals were claimed in the Ukraine, combined with six medals at the European Women’s Youth and Junior Championships in Sofia, Bulgaria last weekend.

The former Irish Elite and WBA World champion said that the development of Irish women’s boxing, which delivered Ireland’s only Olympic gold medal in all sports this century courtesy of Katie Taylor, is a top priority.

“The future is bright for Irish female boxing and we have to make sure that we bring it along in the right way and give our female boxers as much support as we possibly can,” he said.

Chief seconds Zaur Antia, who along with the Irish coaching staff, helped steer Ireland to 4th spot in the medals table in the Ukraine, expressed confidence that Team Ireland will perform well in Cascia and Hamburg.

In a welcome boost for Irish Elite boxing, Joe Ward, the only international boxer in the history of the sport to win three AIBA World Junior, Youth and Elite medals as a teenager, confirmed today that he will be remaining in the amateur ranks up to Tokyo 2020. 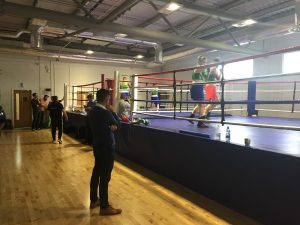