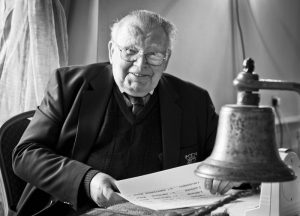 Dom O’Rourke, President of the IABA, described him as one of the great and enduring stalwarts of Irish amateur boxing.

Fergal Carruth, CEO of the IABA, said that Sean had given exemplary service to amateur boxing over many decades and was one of the gentlemen of the sport.

Sean Crowley received a well-deserved standing ovation from officers and delegates at the Irish Athletic Boxing Association (IABA) Central Council meeting at the National Stadium in 2016
when he announced that he was hanging up his gloves as National Secretary.

The IABA stalwart, who boxed with the Fermoy BC and Thurles BC in his youth, admitted that it was an emotional decision.

Sean Crowley was inducted into the IABA Hall of Fame for his service to boxing at the IABA Awards Dinner earlier this year at the Louis Fitzgerald Hotel.