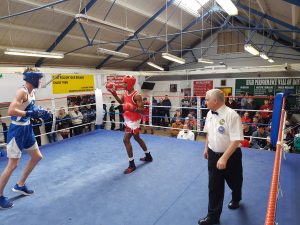 The action got under way just after 10:30am with Macdara O’Morain (UCD) facing off against Daniel Forde (DCU). After a slow start, Forde came more into the contest in the final rounds to have his hand raised in victory. Caoilte De Barra got UL off to a winning start when he took the decision against Sean Drislane (CIT). In the other side of the Junior Novice 64KG, Sean Foley (DIT) won against Dean Bird O’Rourke (MU). 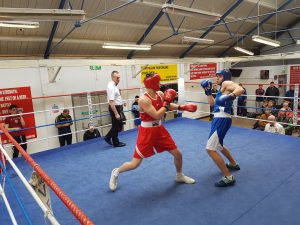 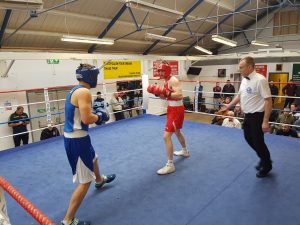 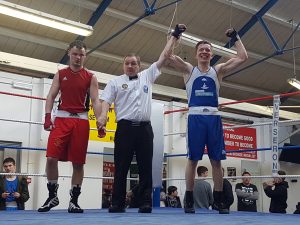 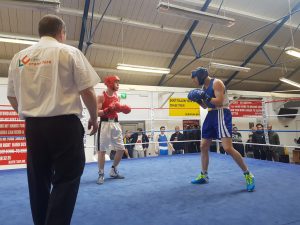 Overall, a good days boxing and some mouthwatering contests next Friday night and Saturday morning.

Again, entry to the boxing has been free for all supporters thus far, but on Finals day, Saturday 17th, a €5 door cover charge will be in place.

Boxing will start at 10;30am on Saturday with a weigh-in taking place for all boxers from 8am-9:30am.