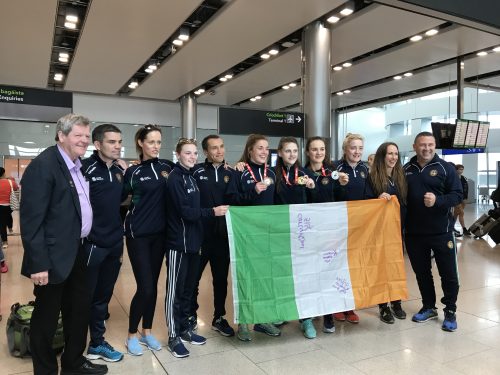 Michaela Walsh, Kellie Harrington and Grainne Walsh claimed gold, silver and bronze at 8th edition of the tournament, with Walsh, who boxes out of the Monsktown BC in Antrim,becoming the first Irish female boxer besides Katie Taylor to top a podium at the level.

The weekend’s medal haul matches the record and identical haul of the 2013 EU Women’s panel. 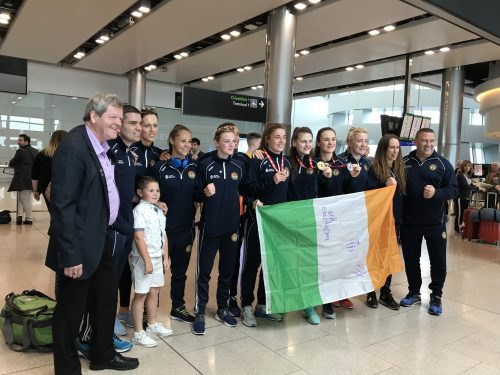 Ireland’s seven-strong squad finished in 4th spot in the medals table at the 19-nation tournament.

Walsh won four bouts, all on unanimous decisions, in seven days in Cascia.

“It was tough enough but I came through, so I did. I’ve been working very hard. In the past I got bad decisions and bad draws, but this one, I wasn’t letting anyone take it away from me, said the new EU bantamweight champion.

Bernard Dunne, IABA High-Performance Director and team manager in Cascia, hailed the performances of the medal winners and the entire squad. 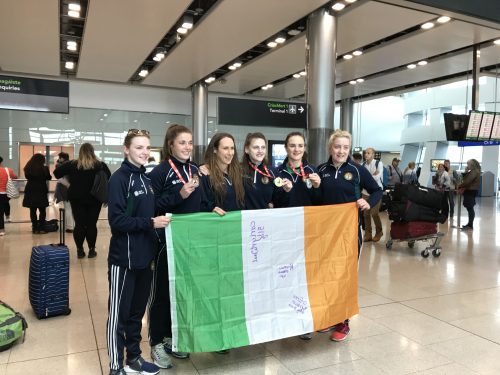 He said: “We asked the guys for performances out here and they gave us that.The entire squad gave it everything. We will definitely take a lot of positives from this tournament.”