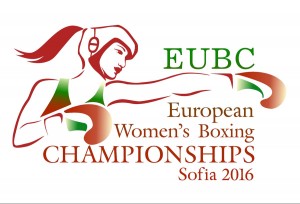 The panel trained with Team GB, England and Wales  in Sheffield ahead of the start of the 10th edition of the Europeans in Sofia, Bulgaria next week.

“It was a very good and very tough training camp and we got a lot of work done,“ said Cork middleweight Christina Desmond.

“I got some good rounds with some good opponents in Sheffield and hopefully that will come out for me at the Europeans,” added the Irish Youth Olympian and AIBA World Youth silver medallist.

Ireland has won seven medals – six gold and one bronze – at this level since the inaugural European Women’s Championships in France in 2001.

Katie Taylor, who announced last month that she was turning professional, claimed six successive titles since 2005 and Claire Grace won bronze at the 2014 Europeans in Romania.

Taylor’s departure to the pro ranks means that there will be a new name on the lightweight title for the first time in over a decade in Sofia later this month.

However, Tipperary ace Shauna O’Keeffe, the first Irish fighter to challange Taylor at the Elite Championships last year, can maintain Ireland’s grip on the 60kg belt if she tops the 60kg podium in the Bulgarian capital.