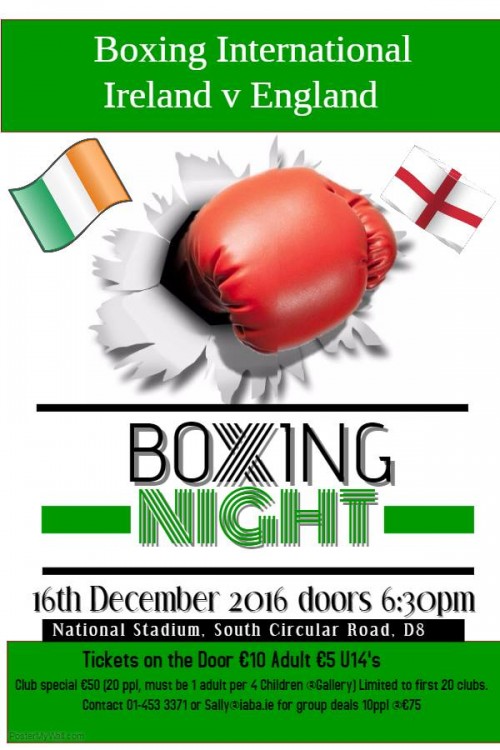 The World boxing powerhouses clash at the home of Irish boxing on December 16th.

The Irish squad will be confirmed shortly.

It has been an eventful twelve months for both nations in Olympic, World, European and Multi-Nation competition.

The Irish team versus England will include Olympians and World and European medallists.

Tickets, payable at the door, are priced at €10 for adult and €5 for children.