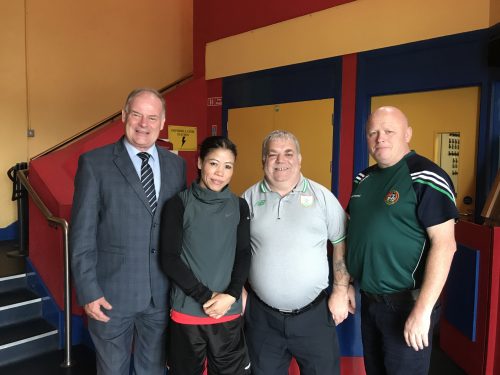 Ireland will meet India in an Elite Women’s international at the National Stadium in Dublin on Saturday night, September 2nd.

Five-time AIBA World Elite champion Mary Kom will line out for visitors at the home of Irish boxing versus Belfast’s Kristina O’Hara.

Also a four-time Asian champion, she secured silver at the inaugural World Women’s Elite Championships in the USA in 2001. 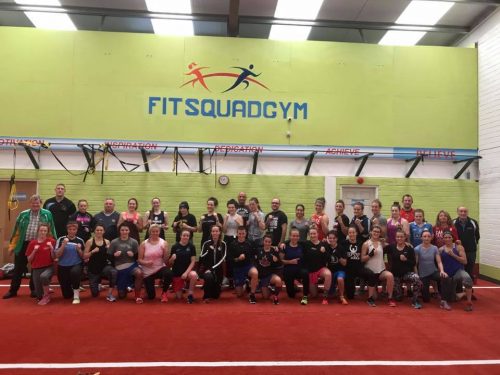 Boxers at the international training camp in Edenderry

Kom and Katie Taylor are the only women to win five World gold medals.

A member the upper house of the Indian Parliament, Kom was appointed  a national observer for boxing by the Ministry of Youth Affairs and Sports in the Indian government in 2017.

The 22-strong Indian squad are in Offaly this week at an international training camp at the St Brigid’s BC in Edenderry with Ireland, England, Scotland, Isle of Man, Norway and Taiwan.

Over 100 boxers have taken part in the international training camp organised by Liam Brereton.

Boxing begins at 7pm at the National Stadium on Saturday.