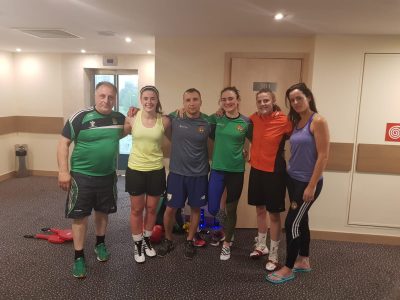 Team Ireland arrived in Sofia, Bulgaria yesterday ahead of the opening bell for the European Women’s Elite Championships on Tuesday.

Michaela Walsh, Kellie Harrington and Grainne Walsh represent Ireland at feather, light and welter at the 11th edition of the tournament. 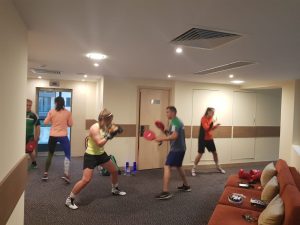 Zaur Antia and Dmitry Dmitruk will be working Ireland’s corner in the Bulgarian capital.

“The European Elite Championships is always be a tough tournament but the squad have prepared well and have international experience at this level and that will stand to them,” he said. 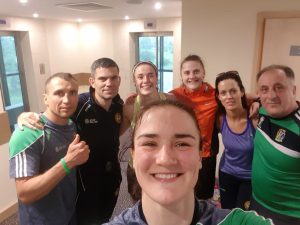 The top ten in Bulgaria qualify for the 2019 European Games in Belarus in the fly, feather, light, welter and middle limits.

150 boxers are registered to compete at the Asics Arena venue. Boxing begins Tuesday.

(Pictures of Irish team and staff in Sofia)