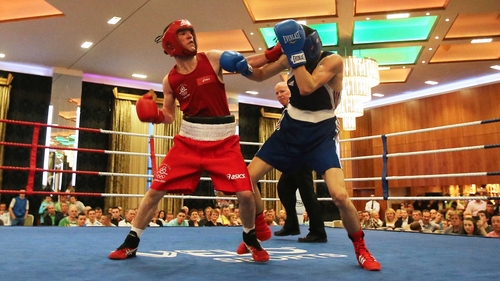 But Yoka, the Rio 2016 gold medallist, beat the Clonmel BC man in Dublin two days later in an Ireland versus France double header.

Ireland recorded a 10-0 shut out victory over Les Bleus at the Rochestown Park Hotel.

Barnes, Conlan, Joyce, Nolan and Quigley won again at the Stadium 48 hours later with Ireland winning 5-3 in the second leg to record a 15-3 aggregate victory.

Sheehan beat Yoka 15-6 on Leeside under the old computer scoring system with Yoka earning a 19-8 win at IABA headquarters.