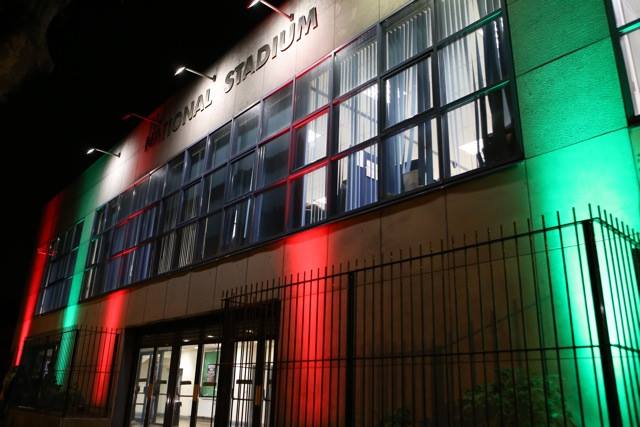 To be or not to be an Elite champion. That is the question.

The first Irish Championships was hosted at the Abbey Theatre in 1922, according to Breandán Ó Conaire.

Ó Conaire, a former IABA President, explained that there was an All-Ireland tournament at Dalymount Park in 1920 before the drama began at the Abbey.

Two years later it was reported that almost 10,000 attended an Ireland versus Denmark boxing match at Dalymount Park, the home of the FAI. Ireland won eight of the nine bouts.

Ó Conaire, writing in History Ireland, outlined the progression of Irish amateur boxing from the foundation of the IABA in Dublin in 1911 to Ireland independently entering the Olympics for the first time at Paris 1924.

Ireland competed in Aquatics, Athletics, Boxing, Football and Tennis at the 8th Olympiad.

Tipperary’s Paddy O’Dwyer reached the semi-finals in Paris – which would have been enough to secure at least bronze under today’s rules governing the awarding of silverware – but had to retire with a cut versus Argentina’s Hector Mendez.

The injury also forced Dwyer to withdraw from the box-off for bronze with Canada’s Douglas Lewis.

“Formal Irish participation in Olympic boxing had to wait until the Irish Amateur Boxing Association (IABA) re-formed in May 1920, following the hiatus of the Great War, writes Ó Conaire

“Their first major all-Ireland tournament was at Dalymount Park in July 1920, and the first championship took place at the Abbey Theatre in February 1922. The organisation was headed up by two former champions—William McDonald and William Carroll. Army, police, civilian and university boxing sectors had representation on its general council.

“The make-up of early international teams reflected the encouragement given to the sport within the army.”

The National Championships was hosted at various venues up to the eve of WW2 when the National Stadium, the first purpose-built boxing venue in the world, was established in 1939.

Jimmy Ingle (Gold), Paddy Dowdall (Gold) and Charles Evenden (bronze) medalled for Ireland at the 1939 Europeans and Gearoid O’Colmain (Gold), Peter Mcguire (Silver) and Eddie Cantwell (Bronze) at the 1947 edition of the tournament. Ireland finished in 2nd and third positions in the medals tables at both tournaments.

A year after winning European gold at the Stadium, Dublin-native Dowdall beat Jim Smith to claim the featherweight belt at the Irish Seniors (Elites) at the same venue.

According to newspaper archives, the IABA advised boxers to register early to facilitate the draw for the 1940 Seniors.

Meanwhile, the 2019 edition of the Elites, 97 years after the Abbey Theatre Championships, concludes at the National Stadium this Friday night.