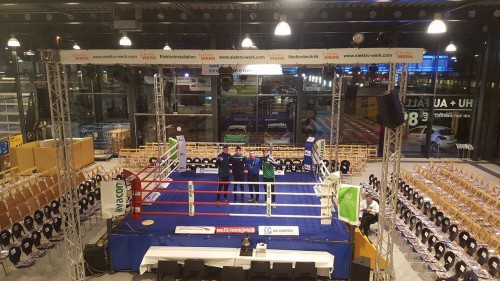 Ireland’s boxers experienced contrasting fortunes for BSK Hannover-Seelce in the Bundesliga versus Chemnitz 94 in Germany tonight.

Sean McComb impressed en route to victory over Jonas Stann in the first Bundesliga match of the season in Hannover.

A top drawer performance from the Belfast man, who attracted the attention of German journalists after a classy three rounds.

“Got the win tonight against a tough German opponent; boxed very well and the Bundesliga debut was a nice success,” said the Holy Trinity BC ace.

Stephen McKenna and John Joyce were beaten by Robert Beblik and Andrey Merzlyakov, McKenna edged out on a spit by the experienced German international Beblik from a three-rounder which could have gone either way.

Irish coach Dmitry Dimitruc said the Irish trio gave it everything, adding that McComb was a different class.

George Bates will also line out for BSK Hannover in the Bundesliga early in the New Year.

The Irish squad is due home tomorrow morning via Dublin Airport.

Picture: Irish boxers and coach in the ring at Hannover venue.