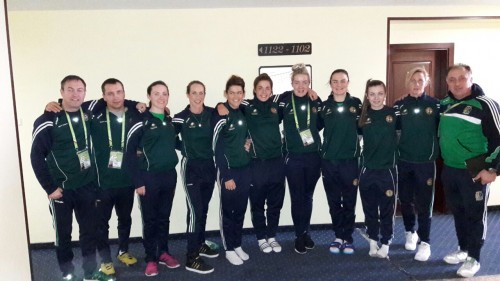 World Elite silver medallist Kellie Harrington was edged out by Russia’s Aleksandra Ordina for a place in the quarter-finals of the European Elite Championships this afternoon.

The Russian light-welter earned a split decision after it went back to the judges after two judges scored it either way and a third a draw.

Irish head coach Zaur Antia said that, in his opinion, he thought that the Dubliner deserved to win.

The Irish champion won 40-36 across the board.

All four Irish boxers will meet Russia opponents on Saturday and Sunday for at least bronze.