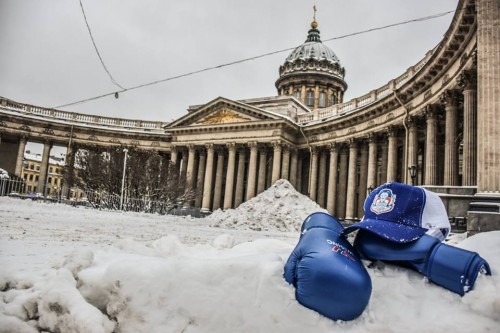 Michael Nevin and Gabriel Dossen showed their class to join Christopher O’Reilly in the quarter-finals of the AIBA World Youth Championships in St Petersburg, Russia today.

But Limerick duo Kevin Sheehy and Paddy Donovan bowed out at the last 16 stage at the Sibur Arena.

Nevin progressed to the last-eight at the expense of France’s Moreno Fendero.

The Irish middleweight, constantly changing the point of attack, dominated the first two rounds of the 75kg contest with simple but very effective combinations against  his up tempo opponent.

Nevin switched to the body in the third, the Portlaoise BC man finding the target up to eight times en route to the last-eight.

Donovan was unlucky to be on the wrong side of a split decision to Azei lightweight Sarkhan Aliyev.

The 2015 World Junior silver medallist clipped home some excellent backhands throughout the contest and also had the confidence to fire home a number of body shots in the final two rounds against lively and hard-working opposition.

Sheehy had a good first frame against Azerbaijan’s Mahammad Abdullayev. The Shannonsider started well, a big right hook winging its way home within seconds of the start. He also  used his jab to good effect.

Hugo MiCallef won Monaco’s first ever AIBA bout at any level in the preliminaries in St Petersburg, but he didn’t make that two on-the-trot against Olympic BC light-welter Dossen today.

After a cagey start, the Galway southpaw worked his way well into this contest, established control and delivered some excellent backhands and hooks in all three rounds.

O’Reilly, Nevin and Dossen will fight for at least bronze tomorrow.