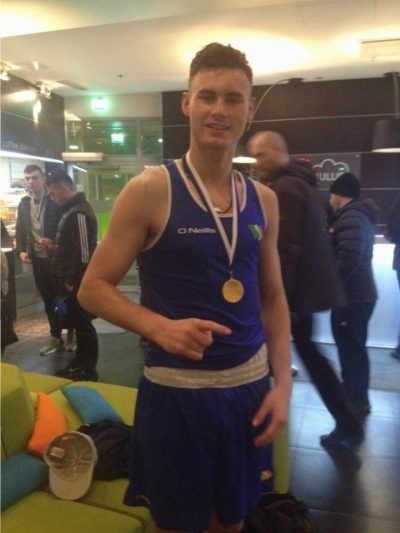 Stylish Laois orthodox Michael Nevin added another gold to his collection at the Tammer Elite multi-nations in Tampere, Finland today.

But Dean Gardiner, Kieran Molloy, Tony Browne and George Bates had to settle for silver in today’s finals.

Molloy had to retire injured with a facial cut versus England’s Cyrus Pattison and Bates lost to Michael McDonagh of Wales.

Big showings from Tony Browne and Dean Gardiner in the light-heavy and super-heavy finals, with Gardiner losing on a 3-2 split to Bulgaria’s Petar Belberov in the final bout of the tournament.

Overall, Ireland won 13 of 20 bouts in Tampere to command a top five position in the medals table.

The Irish squad are due home tomorrow.