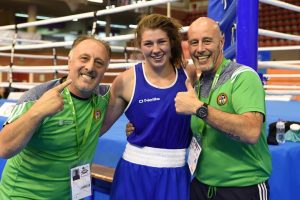 Current European Elite champions Aoife O’Rourke and Kurt Walker have been longlisted for the RTE Sportsperson of the Year Award.

Roscommon middleweight O’Rourke claimed gold at the European Women’s Elites in Madrid last August to become the only Irish female boxer besides Katie Taylor to secure a title at this level. 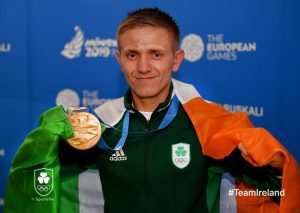 (The European Men’s Elites was run in conjunction with the European Games in the Belarussian capital).

Olympic champion Katie Taylor has also been nominated. The Bray woman and ex Irish Elite titlist unified the lightweight division in 2019 and became a two-weight champion in the pro ranks.

The winner will be announced on the awards programme on RTÉ One on Saturday, 14 December at 9.30 pm.