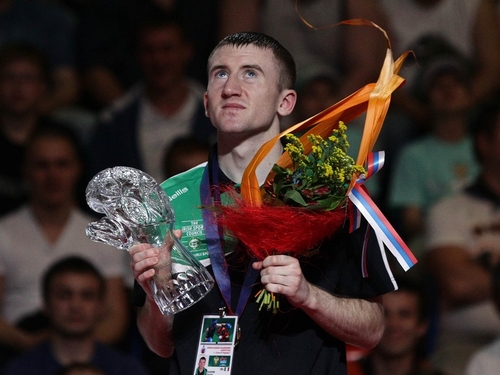 From Russia with glove.

Two-time Olympic medalist Paddy Barnes has revealed that his favourite medal was the European title he won at the Ice Palace in Moscow in 2010.

“For me, it’s the European gold,” said Barnes when asked which of his titles and medals meant the most.

“The Olympic Games are obviously massive and get lots of media coverage.

“But ask anyone in boxing and they will tell you that the European Championships are the hardest competition to get a medal at.

“Nobody from western Europe was winning medals at those championships back then. They were dominated by the eastern European countries so for me to go to Russia and win gold was hands down.”

The Ulster High-Performance coach added that his amateur career was more enjoyable than his relatively brief pro innings.

“You couldn’t buy experiences like that. It was unbelievable. My dream was to win the Olympic Games, which I didn’t do, but I think I did OK to win two medals.