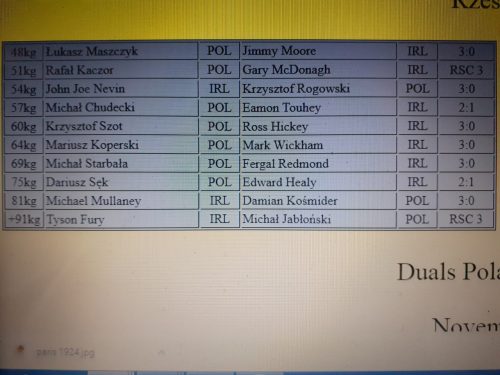 Current WBC World heavyweight champion Tyson Fury was one of three Irish boxers to record wins away to Poland in Rzeszow on November 22, 2007.

Fury stopped Michael Jablonski in the third round. He also represented Ireland, and won, against the USA and in another international against Poland.

Nevin qualified for Beijing 2008 a year later and won silver at London 2012 and is the only Irish boxer besides Katie Taylor, Michael Conlan and Kellie Harrington to be ranked No. 1 in the world.

Nevin was only beaten at the 2008 and 2012 Olympics by the eventual champions.